Maori Hockey tournaments in general were prevalent throughout the 40s, 50s and 60s, often held in the East Coast of the North Island throughout the bay of plenty and in the Waikato Maniapoto district. When the number dwindled, national women’s hockey representative, coach and “mother of Maori hockey”, Margaret Hiha (Ngati Rangitihi, Te Arawa) decided to push the revitalization of Maori involvement in hockey and established a National Hockey Tournament.

The inaugural tournament was held in Napier in 1992 and hosted by the people of Takitimu waka region. Tournaments have been held annually and have been hosted by each of the Maori Hockey Districts (except the South Island) and are determined by the Maori Land Court boundaries.

The national tournament is held every year over Labour weekend and is an official listing on the NZ Hockey Federation calendar of events.

The districts are based on Maori Land Court boundaries. These districts include:

The tournament gets shared across all rohe on a 6-8 year cycle. For the first time, the National Maori Tournament looks to be held in Te Wai Pounamu in 2014. 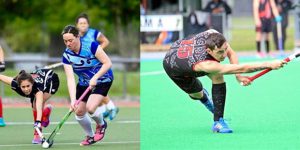